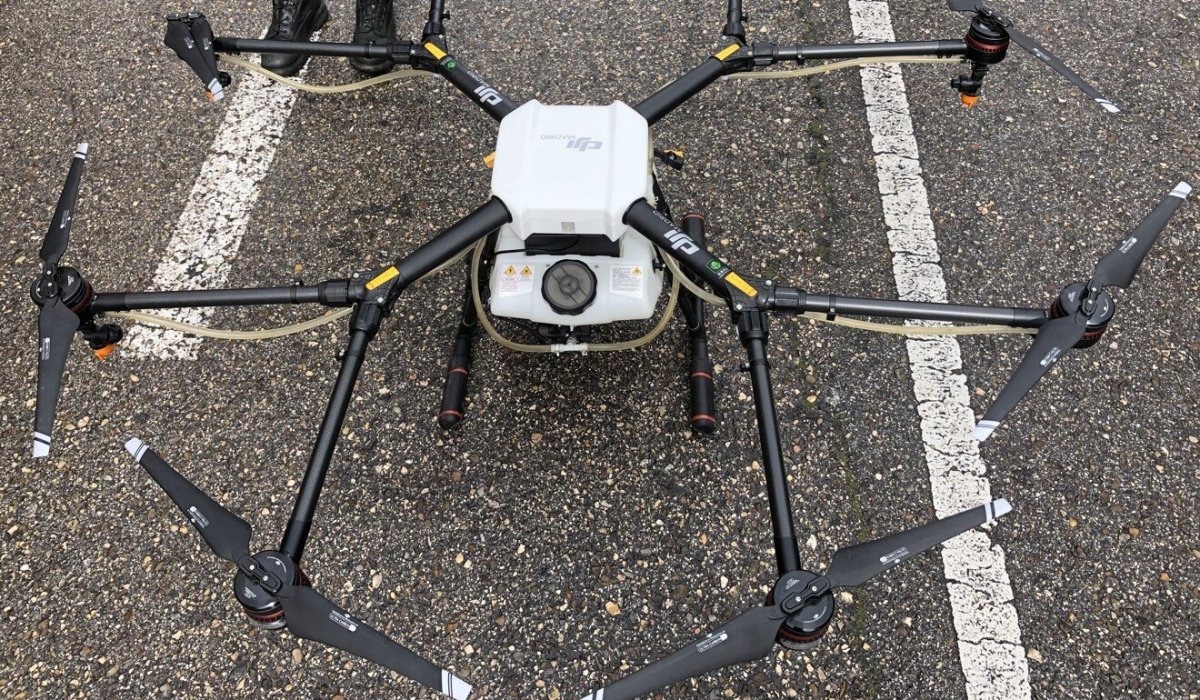 Walgreens Boots Alliance is the first major retailer to adopt the use of drone delivery for consumers and is Wing’s largest customer.

A test delivery was made on April 7 to a Walgreens parking lot in Little Elm, a suburb of Dallas. Delivery of the test showed the drone dropping a package in the driveway of a house.

Another delivery took place in Friso, another suburb of Dallas.

Customers can only choose from 100 items on Wing’s drone delivery app, but they include over-the-counter medications and household essentials, a spokesperson for Walgreens told the Wall Street Journal.

“This third-party delivery model will give businesses the ability to reach their customers faster and cheaper than ever before,” said Alexa Dennett, communications manager for Wing.

Wing eventually wants customers to be able to use their own drones to receive deliveries.

The launch was the largest US deployment to date by Wing, which was founded in 2012 and has made deliveries to Finland and Australia. The drone company said it could fly six miles in six minutes as well as up to 65 miles per hour with a package as heavy as 3.3 pounds.

The company said it also delivers items to the Dallas/Fort Worth area from Blue Bell Creameries, an ice cream company, first aid kits from Texas Health and pet prescriptions from easyvetclinic.

Deliveries are currently limited as drones are being tested – service is only available on Friday and Saturday afternoons for a limited number of neighborhoods for Blue Bell.

The company first started making deliveries to Christiansburg, Va., and consumers can also get coffee, cupcakes, or even library books on items from Walgreens.

Andrew Lipsman, principal analyst at EMarketer, a research firm, said delivering prescriptions via drones is ideal because they’re lightweight and often patients need them quickly, according to the Wall Street Journal article.

Wing made 200,000 commercial deliveries to Australia in March. The company said it was making the equivalent of 1,000 deliveries a day. Wing now has a partnership with Coles, one of Australia’s leading supermarket chains.

Amazon launched its own drone delivery service in 2013, Prime Air. The company was supposed to start deliveries in 2018, but instead the company laid off employees during the pandemic. Prime Air encountered other major obstacles such as increased workloads and a work environment containing unrealistic expectations, former employees said. Wired in 2021.

In February, Walgreen added Shipt as an option for customers who want their purchases delivered. Consumers can even receive over-the-counter (OTC) drugs, beauty, personal care, household and convenience products.

The service is available at more than 6,300 Walgreens for most of its items.

“Through a community of Shipt Shoppers and a convenient app, Shipt delivers a personal shopping and delivery experience to 80% of households in more than 5,000 cities nationwide,” said Rina Hurst, chief commercial officer of Shipt.