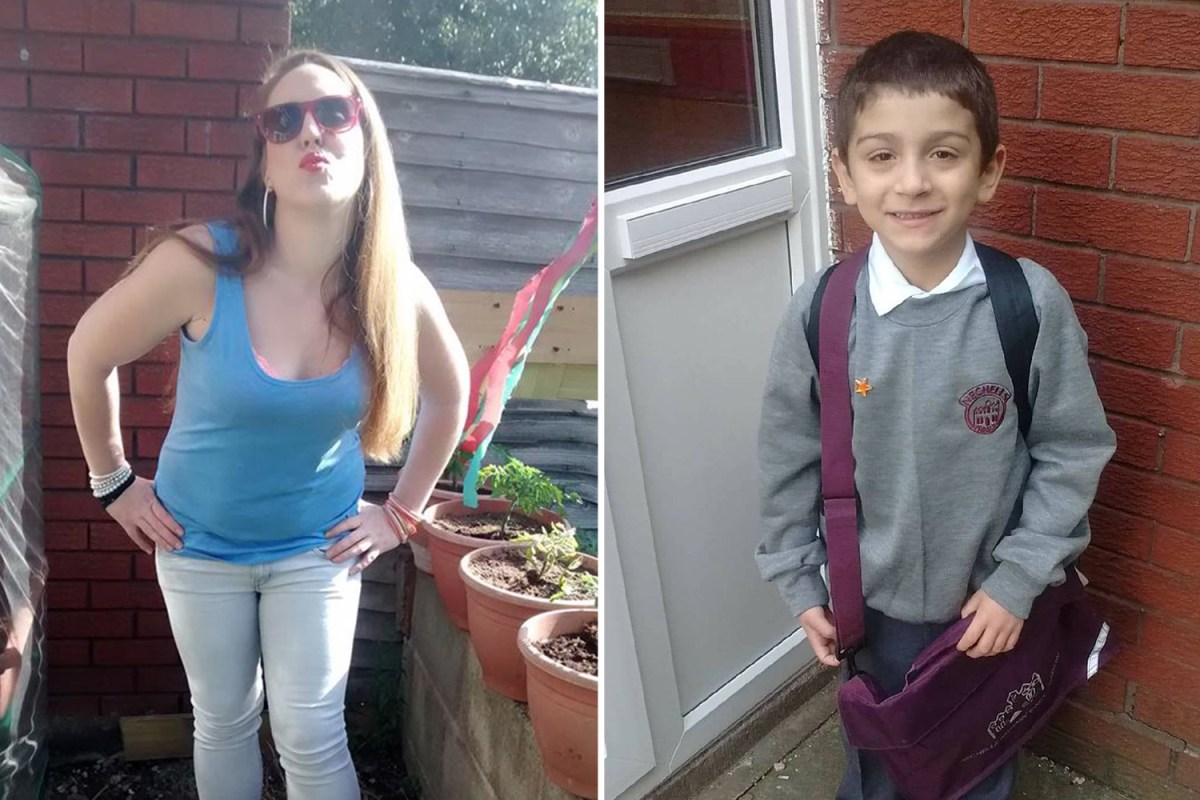 A heroin-addicted mother left her asthmatic son to die in the garden without his inhaler after ‘prioritizing’ the drugs, a court has heard.

Coventry Crown Court heard the mum instead deliberately ‘prioritize her addiction to heroin and crack cocaine’ as it became her ‘main focus in life’.

Jurors were told Heath ended up in the same bed as Hakeem on November 26, 2017, after smoking heroin in the living room.

At one point the youngster went outside, which the court heard he would usually do to get some fresh air if his asthma was severe.

Usually he would wake his mother and ask her to give him an inhaler but she would not “come to his aid” on this occasion, it was said.

Hakeem was tragically found lifeless and “frozen” in the garden, holding a leaf in his hand with no sign of his medication near him.

His mother called 999 at 7.37am on November 26 – about six hours after wiretaps were heard at a ground floor window by a nearby resident.

After his death, high levels of heroin and cocaine were found in Hakeem’s hair, which in an adult would indicate “active use”, jurors heard.

Prosecutor Matthew Brook said: “The defendant had a duty to ensure the well-being of her son.

“She knew he had severe, uncontrolled asthma. There was a clear risk that Hakeem would die from such an attack if she did not manage her asthma in accordance with the medical advice she had received.

“Instead, the defendant deliberately prioritized her addiction to heroin and crack cocaine and flouted the medical advice she received that would have helped control her son’s asthma.”

She was Hakeem’s only carer between May 2016 and November 2017 despite his drug addiction which reportedly “spun out of control”.

The court heard that she engaged in sex work at her home to fund her habit and began to “neglect Hakeem’s asthma and abuse him”.

In May 2017, the youngster was identified as a “child in need” by a social worker, it was said.

In his final months, a reference was made to Birmingham Children’s Services after Hakeem recorded 59 unauthorized absences from school.

He has also been admitted to hospital on three occasions – including in September 2017 when he suffered a “life-threatening acute exacerbation of asthma”.

Jurors heard that just two days before his death, a school nurse had warned that Hakeem could “die over the weekend” and asked that he be removed from Heath’s care.

The prosecutor said: “Tragically, although it was concluded that Hakeem was at serious risk, it was decided not to remove him from the defendant’s care.”