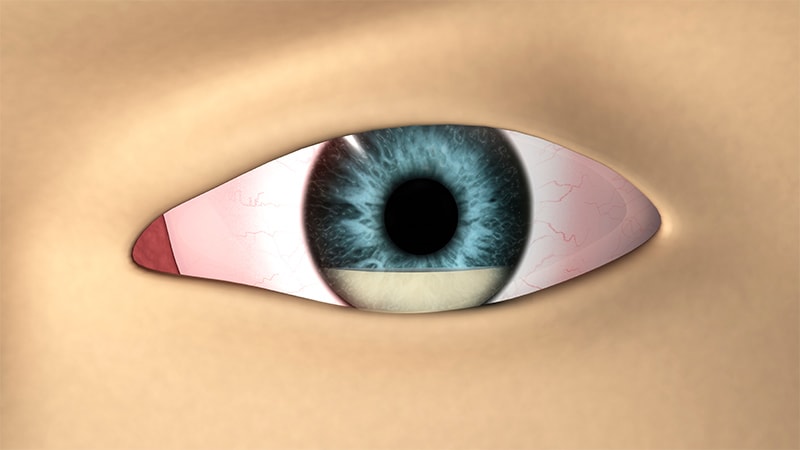 Citrus spray as an antiseptic before intravitreal injections?

After patients sprayed their eyes at home, researchers measured a reduction in bacteria often associated with infections.

Citrus extract could be used in addition to iodopovidone, the antiseptic currently applied at the time of most intravitreal injections to prevent endophthalmitis, said Lorenzo Ferro Desideri, MD, resident at the University of Genoa. in Italy. Medscape Medical News. “Our goal is to further reduce the incidence of endophthalmitis.”

He presented the results at the 2022 annual meeting of the Association for Research in Vision and Ophthalmology (ARVO). It was previously published in Ophthalmology and Therapy .

Desideri cited estimates that endophthalmitis occurs in about 1 in 2,500 injections. “In our department, we perform 4,000 intravitreal injections every year, and unfortunately we see at least two patients with endophthalmitis,” Desideri said. . “In our experience, the usual results are devastating.”

Topical antibiotics have shown little efficacy, and their repeated use could increase the evolution of antibiotic-resistant strains, Desideri said.

As an alternative, researchers turned to flavonoids extracted from citrus peels which have broad-spectrum antimicrobial activity against many Gram-negative bacteria and some Gram-positive bacteria.

Flavonoids were developed in the form of liposomes and originally marketed under the name Biosecur for the food industry. The researchers combined this with hypromellose and other compounds to create an ophthalmic spray.

To test its potential in preventing endophthalmitis, Desideri and colleagues sampled both eyes of 30 patients to measure the presence of microbes often associated with endophthalmitis, such as Staphylococcus epidermidis.

They trained the patients to spray one of their eyes four times a day starting 4 days before their injections.

The spray delivers droplets to the edge of the eyelid where it mixes with the tear film. Citing previous studies, the researchers said this delivery system is easier to use than traditional eye drops, which could be of particular benefit in incapacitated patients.

The other eyes served as controls. The percentage of treated eyes positive for the microbes dropped significantly: from 70.4% before treatment to 29.6% after (P = 0.003).

Most of the microbes the researchers isolated before treatment were Gram-positive, coagulase-negative micrococci. They detected S epidermisin 54% of samples.

In control eyes, the number of positive swabs decreased from 81.5% to 55.6%, and this difference was not statistically significant (P= 0.070).

All patients responded to a Brief Ocular Discomfort Inventory questionnaire, based on an 11-point scale (0 for no discomfort and 10 for maximum discomfort). Their average score was 1.2. All complied with the treatment schedule and none complained of discomfort.

Responding to a question from the audience, Desideri said the citrus spray also has the potential to kill fungi that are often isolated in cases of endophthalmitis in tropical countries.

The results looked promising for session moderator Suzanne Fleiszig, OD, PhD, professor of optometry and vision science at the University of California, Berkeley.

“If it’s effective in reducing bioburden, if it’s non-toxic and comfortable to use, it could also have the potential for other things like eyelid inflammation,” she said. Medscape Medical News. “Especially since it is sprayed on the eyelids, I have been able to see other applications and possibly for mild infections of the ocular surface of the eye.”

She said she would like to see clinical trials showing the citrus spray can actually prevent endophthalmitis.

2022 Annual Meeting of the Association for Research in Vision and Ophthalmology (ARVO). Presented May 2, 2022.

Desideri does not report any relevant financial relationships. Fleiszig said he has three patents for antimicrobials. The study was independently funded.

Laird Harrison writes about science, health and culture. His work has appeared in national magazines, newspapers, public radio and websites. He is working on a novel about alternate realities in physics. Harrison teaches writing at Writers Grotto. Visit him at www.lairdharson.com or follow him on Twitter: @LairdH