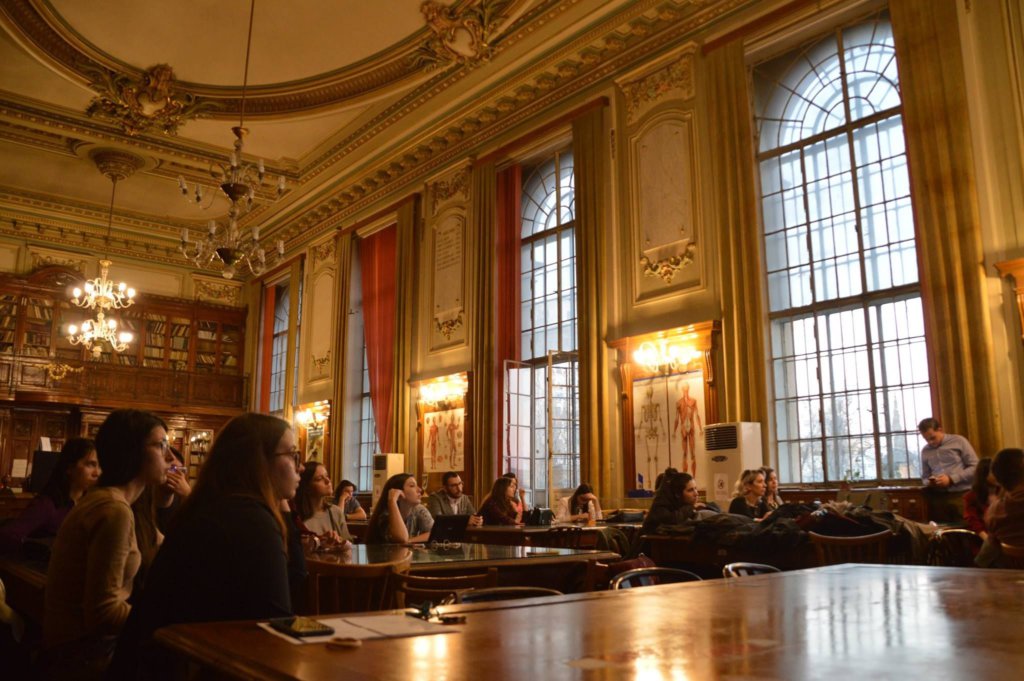 Discover your path to medical excellence

Born and raised in Romania, Miruna Apetroaei has always had a gift for chemistry, which naturally evolved into an interest in pharmacy. When choosing a university, only one option made the most sense: the Carol Davila University of Medicine and Pharmacy.

“Upon close inspection, I noticed that it offers students a wide range of program options – all of which I’ve heard can make it easier to find a job after graduation” , she says. “After five years here, I’m confident to say I made the best decision for my career.”

Miruna’s favorite classes are Physical Chemistry, General Pharmacology and Clinical Pharmacy, a class she describes as “more abstract”, allowing her and her peers to explore math, chemistry and physics to really understand how the world works. She found the pharmacology classes equally rewarding. These sessions involved more interaction with the patients.

Răzvan Papacocea from Bucharest, a fifth-year medical student, also appreciates the practical side of Carol Davila’s education. “Many of the classes were memorable,” he says. “In anatomy we studied real human cadavers and in histology we discovered the cells that make up the human body, while in microbiology we explored the microscopic world of bacteria. I also liked semiology, the subject that discovered all the different types of signs and symptoms. I can’t decide on a favourite!

Practice-oriented learning of this type is common at Carol Davila, through its Faculty of Pharmacy, Faculty of Midwifery and Nursing, Faculty of Medicine, and Faculty of Dentistry. Experiential elements can be found in all the subjects offered by these divisions – and there are plenty of them.

While similar topics are covered in medical schools around the world, the experience is what keeps Carol Davila above the rest. These faculties are considered among the most historic in Romania (the Faculty of Medicine was established in 1867).

Hence their ability to always rank very well nationally and globally, rack up prestige along the way and attract large cohorts of diverse and ambitious students – who never lack for excitement outside of the classroom. All credit goes to strong student organizations that are both educational and rewarding.

For example, the Bucharest Medical Students Society (SSMB) was formed to encourage fruitful interaction among students. It offers them a safe space to support each other, exchange ideas in an organized way and, above all, savor Romanian medical literature. The association also hosts a wide range of projects such as blood drives, medical research sessions, reproductive health campaigns, scientific presentations and human rights projects.

“Joining SSMB was not only memorable, but also life-changing,” says Răzvan. “I can’t imagine how I would have progressed without the family I raised there and all that I learned from them. The experiences are many and varied. We explored the rights and representations of students; we have taught reproductive health and general health courses to high school students, studied in hospitals around the world, hosted conventions, negotiated with CEOs for sponsorships, and met with members of our government to discuss changes for the greater good.

During this time, the Dental Students League in Bucharest sparks powerful conversations by advocating for the rights and interests of students in the Faculty of Dentistry, regardless of gender, religion, nationality or political affiliation. While edifying, they inspire. The league hosts many projects such as information campaigns and selective waste management initiatives. 3D printing is important here too, as it is throughout campus.

The 3D printing lab is a prime example of Carol Davila’s commitment to innovation and creativity. Its main objective is the culture of medical innovation among students and medical staff by implementing, encouraging and supporting the use of 3D printing in the medical academic process used for current medical practice and research. future medicine.

Such offerings are typical of universities impactful enough to produce world-renowned scientists and Nobel laureates like G. Emil Palade. To begin your journey to similar results in today’s medical world, Click here to learn more about Carol Davila University of Medicine and Pharmacy.