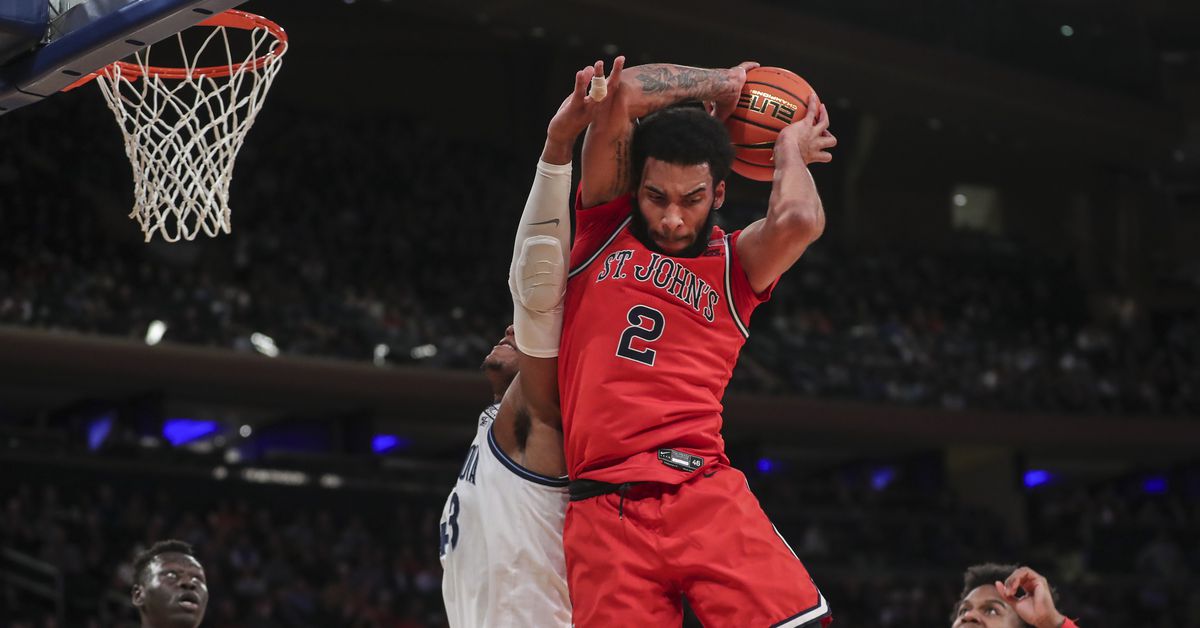 St. John’s fought hard to reach the Big East Tournament semifinals but snuffed out a 17-point second-half lead over Villanova, losing 66-65 in a hard-fought affair.

After reaching the quarter-finals for the sixth consecutive season, St. John’s looked to play Friday night in the Big East tournament for the first time since 2000. However, the Red Storm should beat Villanova – the Big East class – who swept the Johnnies in the regular season series.

For the majority of the first half, Villanova dictated the style of play, setting a lethargic, unhurried pace. Although they were forced into their half-court attack, which other coaches would have described as “the easiest team in the Big East to plan” in the half-court due to their lack of attacking sets, St. John’s seemed comfortable playing slower. game for stretching.

The Johnnies were proficient offensively in the half court, as the team scored over 0.9 points per possession while spending the majority of the half playing at Villanova pace. Coach Mike Anderson continued to implore the team to keep picking up the pace and get out and run after picking up a defensive rebound.

Such defensive rebounds were plentiful for the Red Storm, who were considerably effective on the defensive end. The Johnnies kept the Wildcats from converting a pitch in multiple periods of three minutes or more in the half. However, Red Storm’s game plan of doubling up any Wildcat with the ball in the post started to backfire when the team were unable to force a turnover and the patient players from Villanova were able to pivot until they found an open shooter on the perimeter.

Luckily for St. John’s, Villanova missed a lot of those open threes, going just 5 of 19 before the break to put the Red Storm into the half 30-23.

After the break, St. John’s briefly took the lead even further, taking a lead as much as 17 points early in the second half. During this stretch, Villanova had no opportunity for a layup without getting fouled on the way to the rim. As time passed, the red storm subsided and Villanova began to build momentum.

After the first media timeout of the half, Posh Alexander committed his third foul and Red Storm’s offense began to crumble when the Wildcats defense effectively began to force Julian Champagnie to catch the ball away from his points. Propelled by a 24-6 run, where Villanova scored his first 12 paint points of the contest, Villanova quickly overtook St. John’s 17-point lead in the second half and the Red Storm trailed for the first times of the contest.

The two teams battled it out until the last minute, with St. John’s barely holding a one-point lead. With over 40 seconds and the ball remaining, the Red Storm gave up the two-on-one and Champagnie missed a clean look to extend the Johnnies’ lead.

With just three seconds remaining, a strong defensive position was canceled by a referee’s whistle; Villanova’s Brandon Slater fouled Champagnie and knocked down both free throws to complete the comeback as St. John’s fell 66-65.