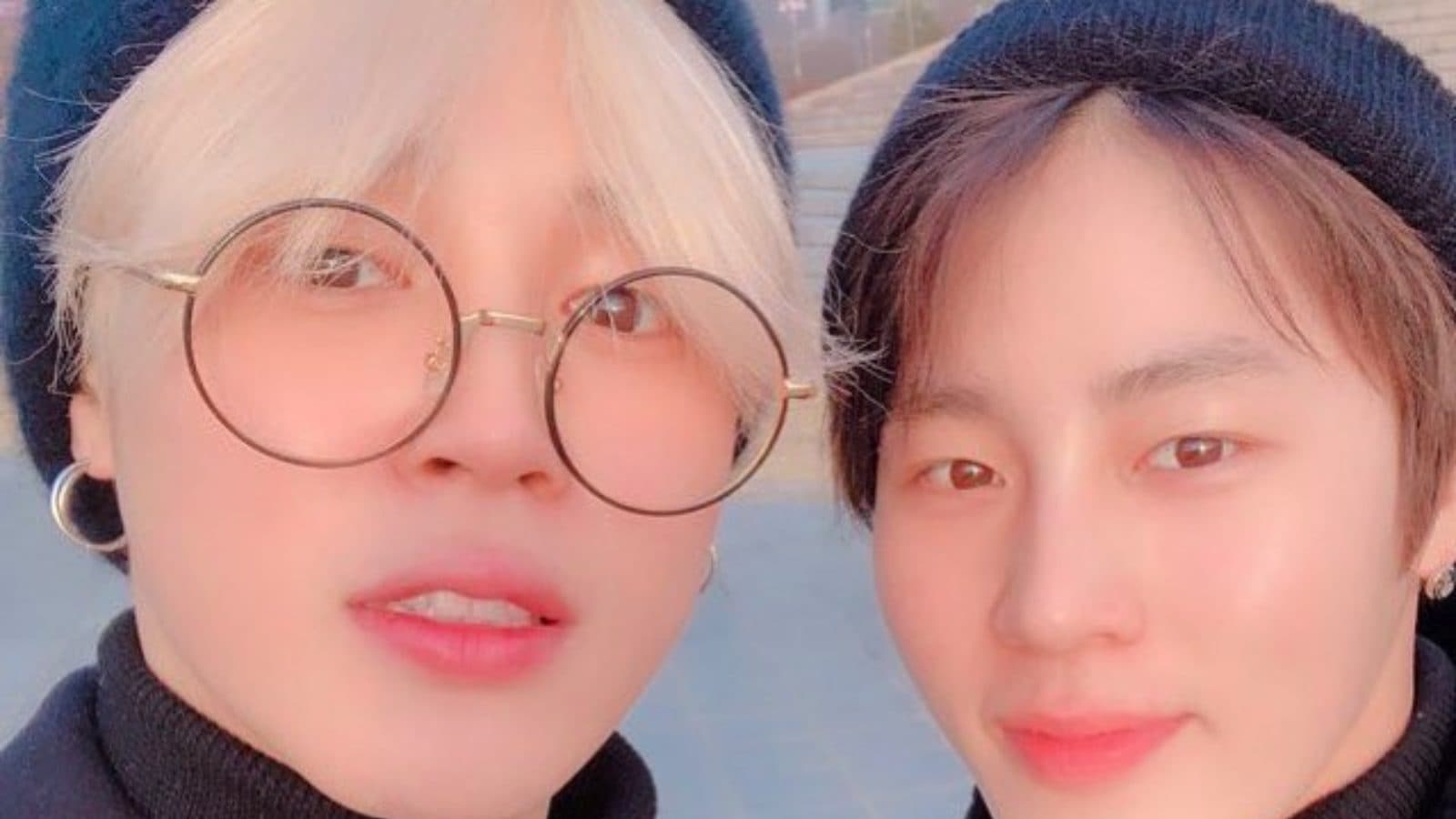 BTS fans are counting down the days until Jimin’s OST for K-drama Our Blues is released. The singer will make his K-drama OST debut with the track. Earlier this week, it was revealed that the song will also feature his close friend, former HOTSHOT and Wanna One member Ha Sung Woon. The K-pop singers will perform a duet. Now, Ha Sung Woon has revealed some more details about the track.

As reported by Koreaboo, Jimin’s Twitter fan club @PJM_data claimed that Ha Sung Woon talked about the song through his private messaging feature on the Universe app. He revealed that the song is emotional and has been in the works since last July. “The OST is the thing that’s been turning me on since last July,” he revealed, adding in another post, “It’s a total emotional song.” He also said, “There is a behind-the-scenes story about us doing it together. I will tell you later.”

Sungwoon spoke on the OST via his private message feature on Universe!

👨🏻 Talked about the highly anticipated OST since last July or so

👨🏻 This is a sentimental song

👨🏻 There’s a behind-the-scenes story about us doing it together. I will tell you later

Jimin and Ha Sung Woon have been friends for a while now. Last June, Ha Sung Woon revealed that he would be willing to collaborate with Jimin if given the chance. It seems like opportunity was waiting on their doorstep back then!

News1 revealed that the song was produced by Song Dong Woon. For the uninitiated, he delivered iconic OSTs for K-dramas like Hotel Del Luna, Descendants of the Sun, and Goblin. Talking about the song, Song Dong Woon said, “After finding many songs that fit well with Jimin and Ha Sung Woon’s vocals and ‘Our Blues’, we were able to finish the recording with a song that suited the song perfectly. drama. ”

“Jimin’s sweet tone and Ha Sung Woon’s charming deep voice made this song more radiant, and the fantastic harmony made the song even more beautiful,” added a reminiscence from the show’s production team. .