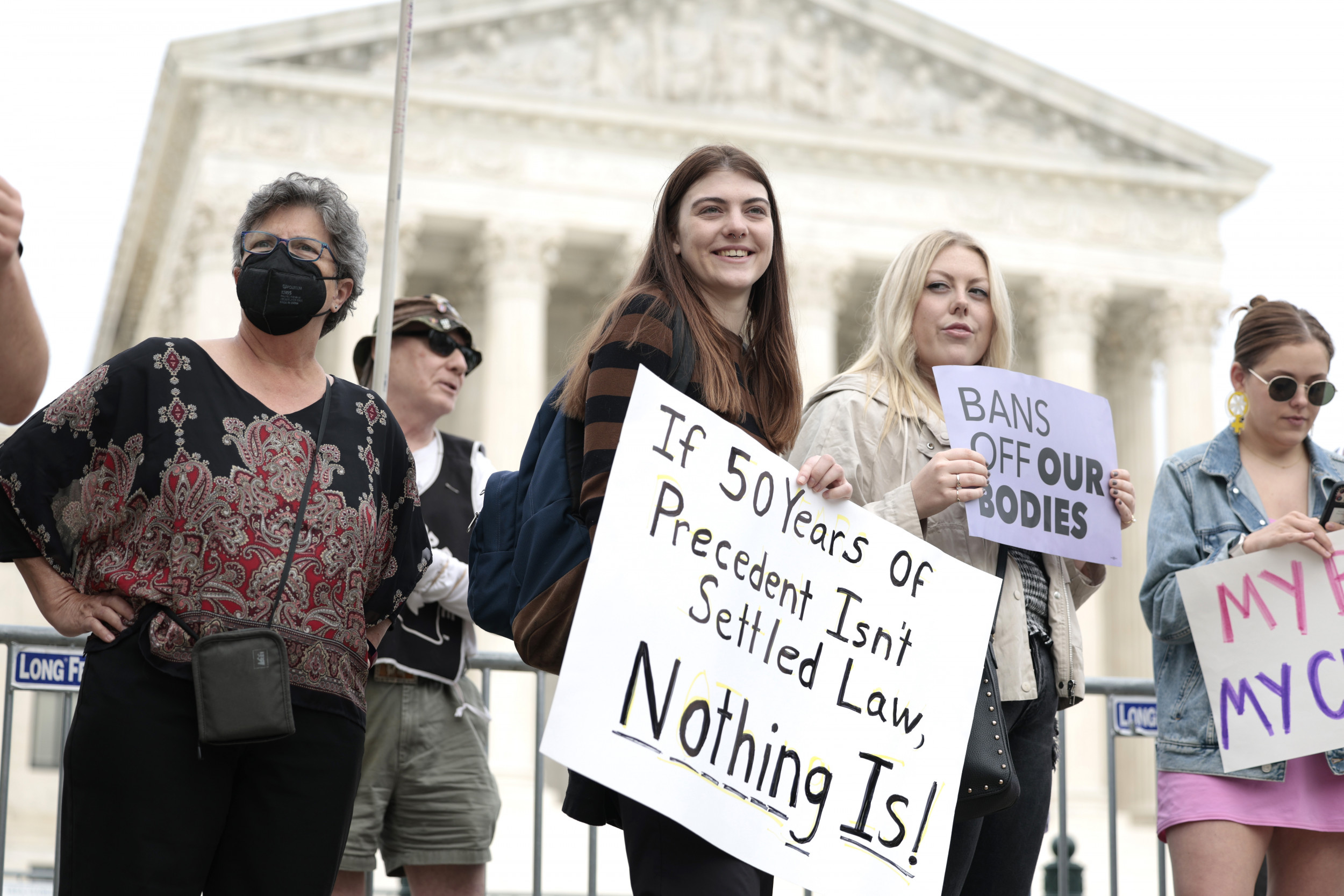 As tensions run high in the abortion debate following the leak of the Supreme Court’s draft opinion on the overturning of Roe v. Wade, the conversation fuels misleading and unsubstantiated narratives.

One argument that has surfaced in this context concerns the use of misoprostol, an abortifacient drug.

Some social media users have claimed that the drug, which has been approved by the United States for human use for more than two decades, has also been used as an anti-ulcer drug for horses.

Its dual-use status has led to parallels being drawn with another drug used in horses: ivermectin.

Ivermectin, used to treat parasites, has been hailed by some as a “miracle” COVID-19 treatment for humans, despite the lack of regulatory approval or definitive evidence to support this claim.

Its lack of regulatory approval was later criticized by a number of conservative figures, including Rep. Marjorie Taylor-Greene (R-GA), Sen. Rand Paul (R-KY) and Glenn Beck.

Now, following the leaked Roe v. Wade SCOTUS, some commentators compare the two drugs and the stories surrounding them.

In May 2022, several conservative commentators tweeted a VICE article explaining how to create abortion pills at home.

The article, published earlier that month, explains how misoprostol is used to treat ulcers in horses, saying the drug would be “relatively easy to acquire from veterinary sources” in powder form.

On this point, VICE comments on the similarity between acquiring misoprostol from “veterinary sources” and how ivermectin was procured during the pandemic.

While the article claims that ivermectin is ineffective as a treatment for COVID-19, right-wing personalities on Twitter have drawn a critical comparison between the two drugs.

Posts on other social media, including one on Reddit that garnered more than a thousand interactions, claimed doctors “recommend taking horse medication for self-abortions.”

Misoprostol has been used since 1970s to treat ulcers in humans. When it was developed, its side effects on the the pregnant woman’s uterus were already known.

In 2000, the United States Food and Drug Administration (FDA) approved its use as part of an abortifacient drug regimen first developed by French researchers in the 1980s.

One of its current FDA entries (which can be found here) shows that it is used with another drug, mifeprex, to terminate a pregnancy up to 70 days gestation (70 days or less since the first day of a woman’s last menstrual period).

The drug regimen is a prescription-only, non-surgical method of termination that the British Pregnancy Advisory Service describes as “very safe” with “considerably” less risk than continuing a pregnancy to term.

Although it can indeed be used to treat ulceration in horses, it is only approved for “off-label” use (a legally approved method of using a drug in a way not listed on its label ).

Thus, the drug is used in human abortions, and although it can be used on horses, that use is not its primary purpose and is not listed on the drug’s label.

There are other aspects of both drugs that make such comparisons misleading.

Ivermectin is FDA-approved to treat people with “intestinal strongyloidiasis and onchocerciasis, two conditions caused by parasitic worms.” It can be used topically (that is, applied to the surface of the body) to treat external parasites and skin conditions.

The regulator has also approved certain forms of animal ivermectin to prevent heartworm disease and certain parasites, including in horses. But it has not been approved as a COVID treatment.

Suggestions that the drug could treat COVID surfaced in March 2020, when Australian scientists found it could be used to fight SARS-CoV-2 (the virus that causes COVID-19) in cells. in laboratory.

The university said more research is needed to determine a correct human dosage, and that it should not be used in humans for COVID until further clinical testing is complete.

More recent evidence, however, challenges earlier conclusions. A study published in The New England Journal of Medicine in March 2022, following 1,300 people in Brazil who contracted COVID, it was discovered that those treated with ivermectin were no less likely to be hospitalized than those who received a placebo.

Nonetheless, the notion of ivermectin as a “COVID cure” has been weaponized by anti-lockdown and vaccine-skeptic commentators throughout the pandemic.

Podcaster Joe Rogan claimed in September 2021 that it helped cure his own case of COVID.

In November 2021, Rep. Taylor Greene accused doctors who refuse to recommend ivermectin to COVID patients of participating in “a politics that kills people.”

In August of that year, Senator Paul claimed that “hatred for Trump” was hampering research into the use of ivermectin as a COVID drug.

The FDA has not approved the drug for use as a safe and effective treatment for COVID. The regulator has been clear in its instructions to discourage the use of ivermectin in such cases.

An FDA spokesperson said Newsweek“Currently, the FDA has not cleared or approved ivermectin for use in the prevention or treatment of COVID-19 in humans. To date, published clinical trials have shown mixed results.

“Additional clinical trials evaluating ivermectin tablets for the prevention or treatment of COVID-19 are ongoing.”

Despite FDA warnings, his past mockery of ivermectin advocates on social media seems to have been seized upon by anti-abortion commentators eager to suggest that FDA-approved misoprostol represents double standards or a lack of fairness in drug regulation.

But these comments lack important context: misoprostol was approved for many years primarily as a drug used in medical abortions, but used “off-label” to treat ulcerations in horses. In contrast, although ivermectin has been approved for animal (and some human) uses, it is not approved for the treatment of COVID-19 in humans due to a lack of evidence.

Doctors do not prescribe horse medication for abortions. Misoprostol has been approved as an abortifacient since 2000. Its use in horses is only sanctioned “off label”, which means that it is not officially approved as such. In contrast, ivermectin, which some people have mistakenly compared it to, is approved as a drug that can be used on horses, but is not approved as a COVID drug.