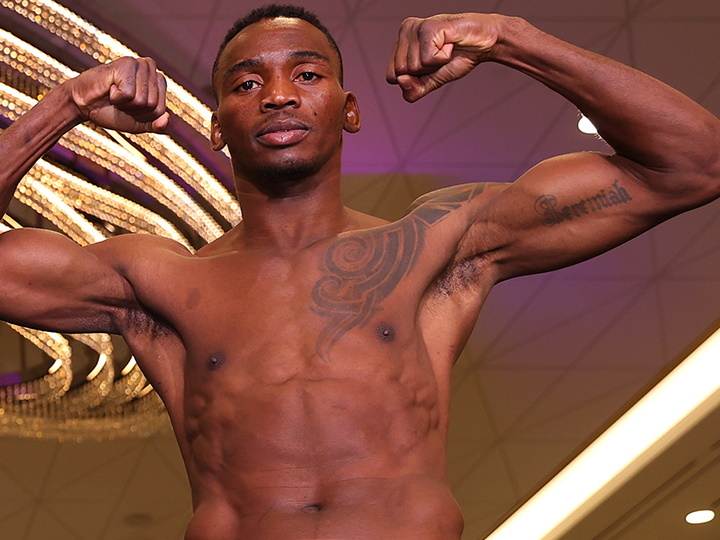 Namibian Nakathila beat Berchelt for the majority of their six-round lightweight bout at Resorts World Las Vegas, which forced referee Russell Mora to stop the action as soon as the sixth round ended. Nakathila landed plenty of right hands to the head of Berchelt, scored a third-round knockdown and produced the biggest win of his two-fight career after Shakur Stevenson beat him in their 12-round title fight and 130 pounds on June 12 at Virgin Hotels Las Vegas.

Nakathila improved to 23-2 and recorded his 19th knockout by winning a televised ESPN main event. Mexican Berchellt (38-3, 34 KOs) lost by knockout for the third time as a pro.

Berchelt, 30, was nearly a 6-1 favorite for his first fight since his devastating loss to Oscar Valdez 13 months ago. Berchelt was a 4-1 favorite over Valdez, but the shorter boxer beat Berchelt on his way to scoring three knockdowns and viciously knocked him out in the 10th round of their 130-pound championship match in February 2021 at the MGM Grand Conference Center in Las Vegas .

Berchelt of Cancun determined after that lopsided loss that he needed to move up from the 130-pound division to the lightweight 135-pound limit. Not emptying out to gain weight no longer mattered once the bell rang on Saturday night.

Nakathila, 32, exploited Berchelt’s defensive shortcomings and continually surprised him with powerful punches to the head and body. The sixth round was particularly revealing.

Nakathila caught Berchelt with a right hand at 1:15 of round six. Mora cautioned Nakathila for leading with his head with 1:10 left in lap six.

Yet another right hand from Nakathila hit the mouthpiece of Berchelt flying to the canvas. It gave Berchelt a desperately needed break with 29 seconds on the clock in lap six.

Berchelt and Nakathila then exchanged shots close to the head in an action-packed final minute of round five.

Nakathila buckled Berchelt’s legs with a right hand 15 seconds into round four. Nakathila got a good extension on another right hand with just over a minute on the clock in the fourth round.

A three-hit combination from Nakathila sent Berchelt to the canvas with 1:27 left in the third round. Berchelt got up, but Nakathila wobbled him with a left-right combination with 30 seconds left in round three.

Just 20 seconds into the second round, Nakathila caught Berchelt with a right hand. Berchelt started to land his jab midway through the second-round minute.

Nakathila’s right to the body caught Berchelt’s eye with just under a minute left in the second round. Seconds later, Nakathila’s flush right hand lands high.

According to unofficial punching statistics, Nakathila landed more punches in the first two rounds against Berchelt (31) than he landed in 12 rounds against Stevenson (28).

Nakathila landed another forehand just before the bell rang to end the first round.

Keith Idec is senior writer/columnist for BoxingScene.com. He can be contacted on Twitter @Idecboxing.