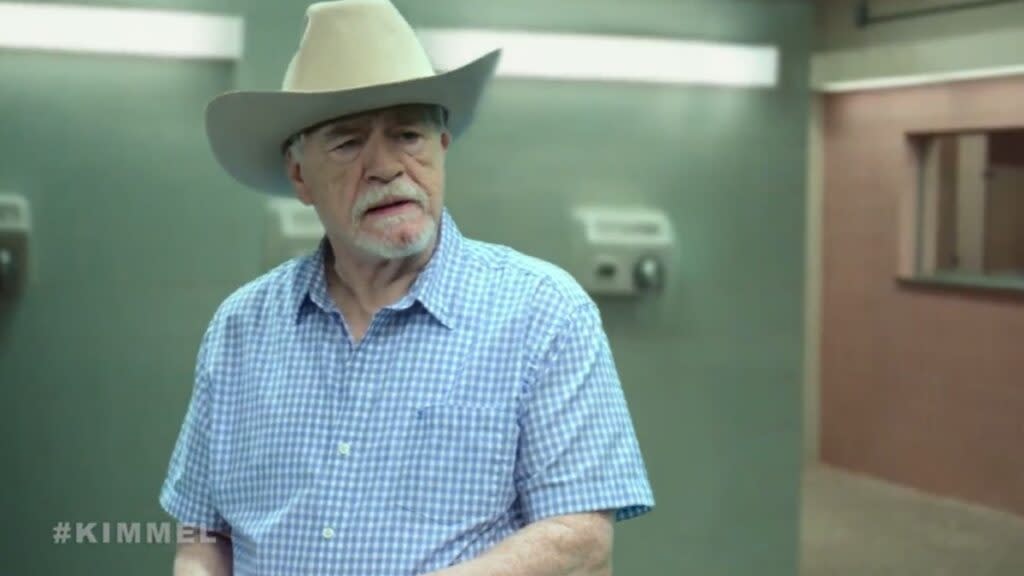 “Succession” star (and about 4 billion other things) Brian Cox was a guest on Monday’s episode of “Jimmy Kimmel Live.” And to celebrate, Kimmel and Cox put together a crazy video imagining what would happen if Cox’s “Succession” character, Logan Roy, ended up in one of the big scenes from another HBO mega hit – ” Euphoria”.

The results are basically perfect. Honestly, HBO needs to figure out how to make this happen for real. Here, see for yourself.

If you can’t watch yet, here’s what’s up. As you can see in the thumbnail, Logan Roy found himself in the girls’ bathroom which has an “Are you sick and tired of Oklahoma?” hearing sign on the door. Yes it is this scene from season 2, episode 3.

Rue (Zendaya) asks “Wait are you in the room?” And it turns out she’s talking to Logan, who’s wearing a cowboy hat.

“’Oklahoma’,” says one of Rue’s friends.

“I don’t understand. If you’re not auditioning for ‘Oklahoma,’ then why do you look like that?” comes the next question.

Then comes, well if you know the show, you know.

“No! Yeah! f-it,” Logan says. “I’m in love with Nate Jacobs and he’s in love with me! And don’t give me that fucking look, Maddy, because I didn’t fuck your boyfriend! You two broke up for three weeks and three days before we even had sex, so I didn’t betray you! Besides, you two are terrible for each other and you know I’m right and you can all judge me if you want to, but I don’t care! I’ve never, ever been happier.”

But she didn’t say that. In fact, it was much stranger.

Then, Logan goes off the rails (and exits the “Euphoria” storyline).

“Don’t fuck with me Maddy. I’m a crazy bitch,” Logan said before menacingly starting to eat an apple.