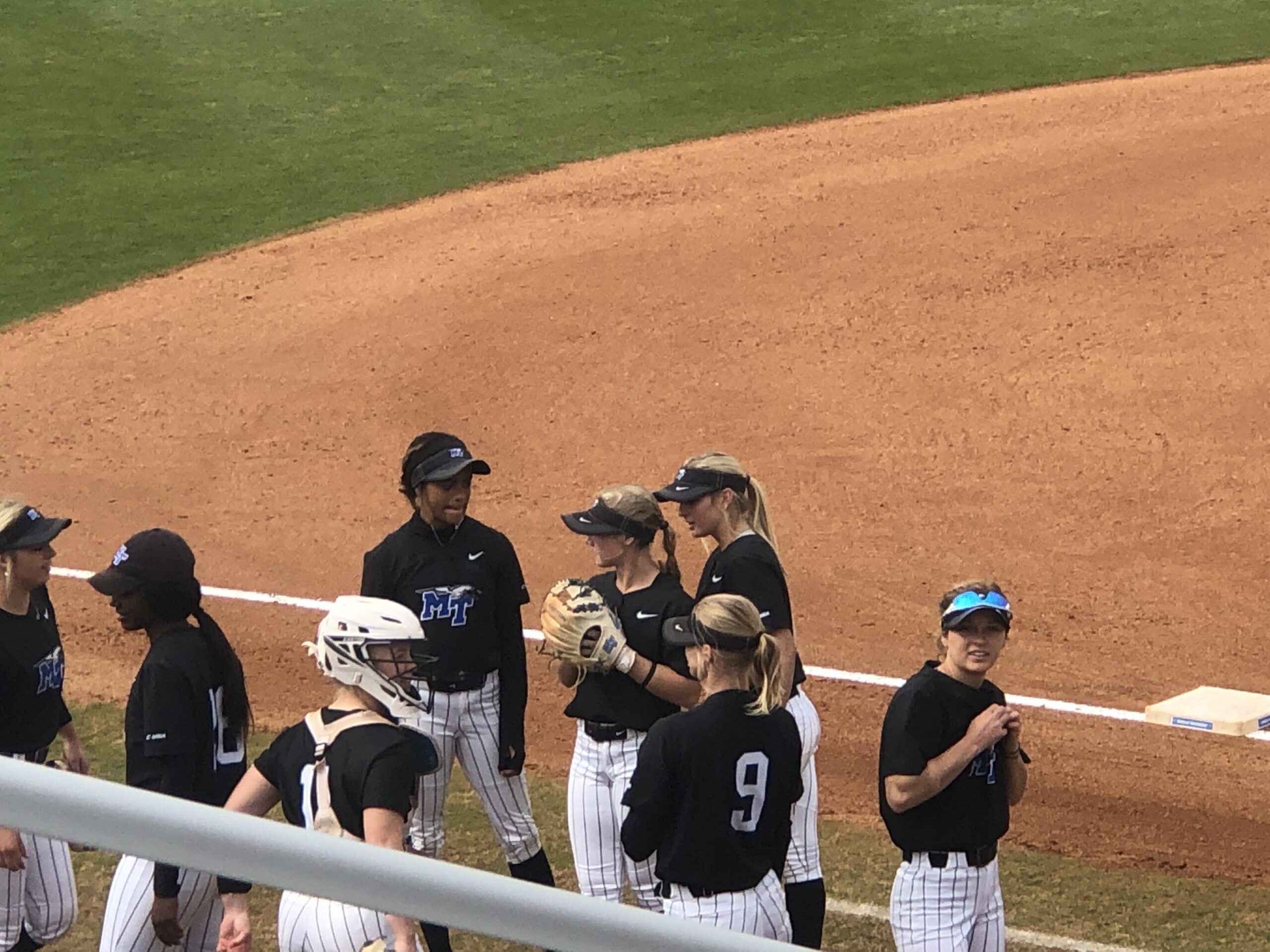 After losing Game 1 of the series, the Blue Raiders lost to the Charlotte 49ers 6-2 after a three-point seventh snuffed out their comeback rally Friday at Blue Raider Softball Field.

“We have to take the games one at a time,” Breeden said. “It’s very difficult to lose a series, especially against your conference opponents, but we move on to Saturday.”

The game remained in a no-hitter stalemate for the first two innings of the contest. The 49ers managed to break up the scoreless battle in the third.

Charlotte started with a walk, but a fielder’s pick changed base runners with an out. A Blue Raider error put two 49ers up with one before Charlotte’s Bailey Vannoy hit a home run on the right center wall to drive three and give the 49ers a 3-0 lead.

The Blue Raiders looked to fight back in the fifth. Junior Kaylee Richetto started the inning with a huge brace that nearly left the Blue Raider softball field as it bounced all the way up the left field wall.

Sophomore Jaya Herring came on to pinch Richetto, before a rookie Claire Czajkowski groundout moved Herring to third to put on a Blue Raider 60

on foot. Rookie Ava Tepe drew a seven-length step to place the Blue Raiders riders into the turns. Sophomore Shelby Sargent then connected on a one-out single down the middle to tackle Herring, move Tepe into second and put the Blue Raiders on the board, 3-1.

A defensive player pick moved Tepe to third place but managed to steal home before Mealer was picked early to put the Blue Raiders within one, 3-2. In the seventh, Wright of the 49ers connected on a first single into center field to open the inning. Johnson moved forward to back up a sacrificial bunt from Lexi Wagner, before an RBI single from Frazier cut Charlotte’s lead to two, 4-2.

“This game was a must win for us,” Laura Mealer said. “Losing in a row was unacceptable to us.”

The Blue Raiders host the Charlotte 49ers on Saturday for their series finale. The first pitch is scheduled for noon at Blue Raider Softball Field.