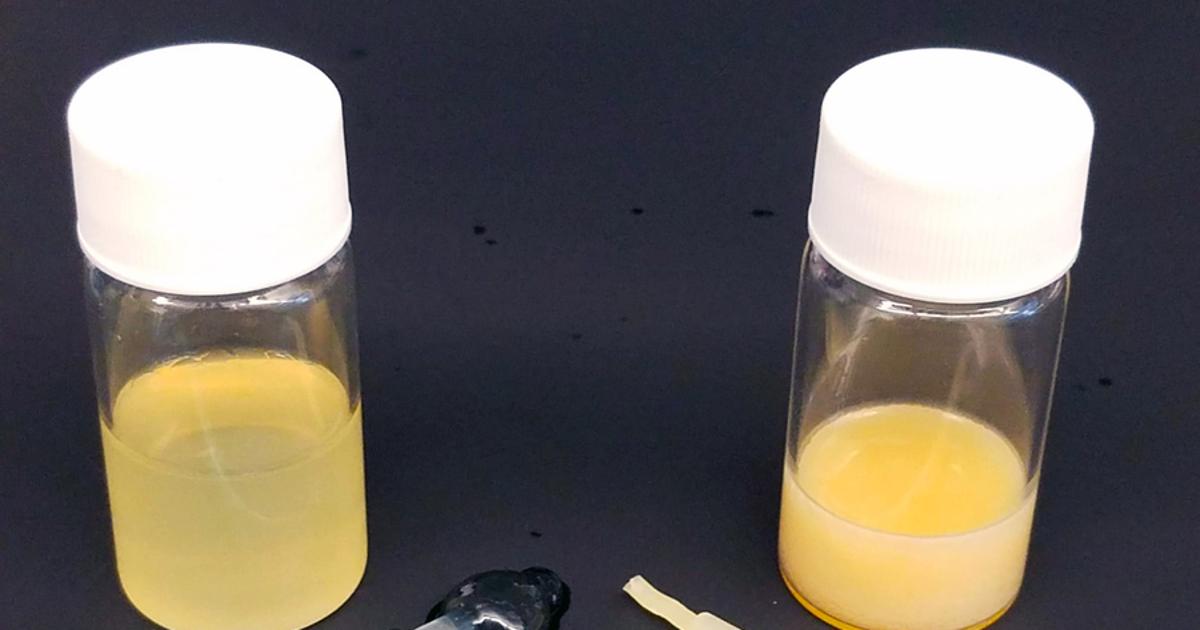 Oral medications have become an indispensable method of drug delivery, accounting for approximately 90% of pharmaceuticals produced for human use today. Despite their value in treating everything from headaches to COVID-19, children and adults can have difficulty swallowing pills, and a lack of clean water and refrigeration can complicate matters in areas in development for those looking for alternatives. Scientists have developed an oil-based gel that solves these problems and can be loaded with essential drugs and dispensed like yogurt for easy ingestion.

The new method of drug delivery at the center of this research has been in the works for about 10 years, with scientists at MIT and Brigham and Women’s Hospital aiming to make it easier to take drugs that are usually delivered in pill form. Some drugs can be suspended in water, but this assumes that clean water is available and also requires refrigeration to maintain the stability of the resulting mixture.

Instead, scientists turned to oil-based gels, which show promise as a medium capable of dissolving drugs, keeping them stable at extreme temperatures, being compatible with different pharmaceuticals, and eliminating the need clean water. These are known as oleogels and are commonly used in the food industry to modify the texture of fatty foods and increase the melting point of chocolate and ice cream.

By experimenting with different edible oils and gelling agents, including sesame, flaxseed, cottonseed, beeswax and rice bran wax, scientists found that they could form gels of different textures. , ranging from substances resembling thickened drinks to others similar to yogurt. These also offered different flavor profiles, and after consulting trained taste testers, scientists found those with neutral or slightly nutty tones, such as those of cottonseed or sesame oil, to be the most appealing. .

The team then turned to the World Health Organization’s List of Essential Medicines for Children and selected three drugs from praziquantel, lumefantrine and azithromycin. These are used to treat parasitic infections, malaria, and bacterial infections, respectively, and cannot be dissolved in water.

“Based on this list, infectious diseases really stood out in terms of what a country needs to protect its children,” said lead author Ameya Kirtane. “A lot of the work we did in this study was focused on infectious disease drugs, but from a formulation perspective, it doesn’t matter what drug we put in those systems.”

The drugs were then mixed into the oil-based gels, with the team designing a delivery system similar to a squeezable yoghurt package. The drug delivery method was then tested on pigs, and the team found that the oily gels could effectively deliver doses equal to or greater than what a subject can absorb from tablets. The gels were also found to be stable at temperatures of 40°C (104°F) for several weeks and 60°C (140°F) for a week, boding well for the prospect of safe truck transport without refrigeration.

Following these promising initial results, the scientists have now obtained FDA approval to conduct a Phase I clinical trial, which they plan to launch within months.

“This platform will change our ability to do for children, but also for adults who have difficulty receiving medication,” said study author Giovanni Traverso. “Given the simplicity of the system and its low cost, it could have a huge impact in making it easier for patients to take medications.”

The research was published in the journal Scientific advances.