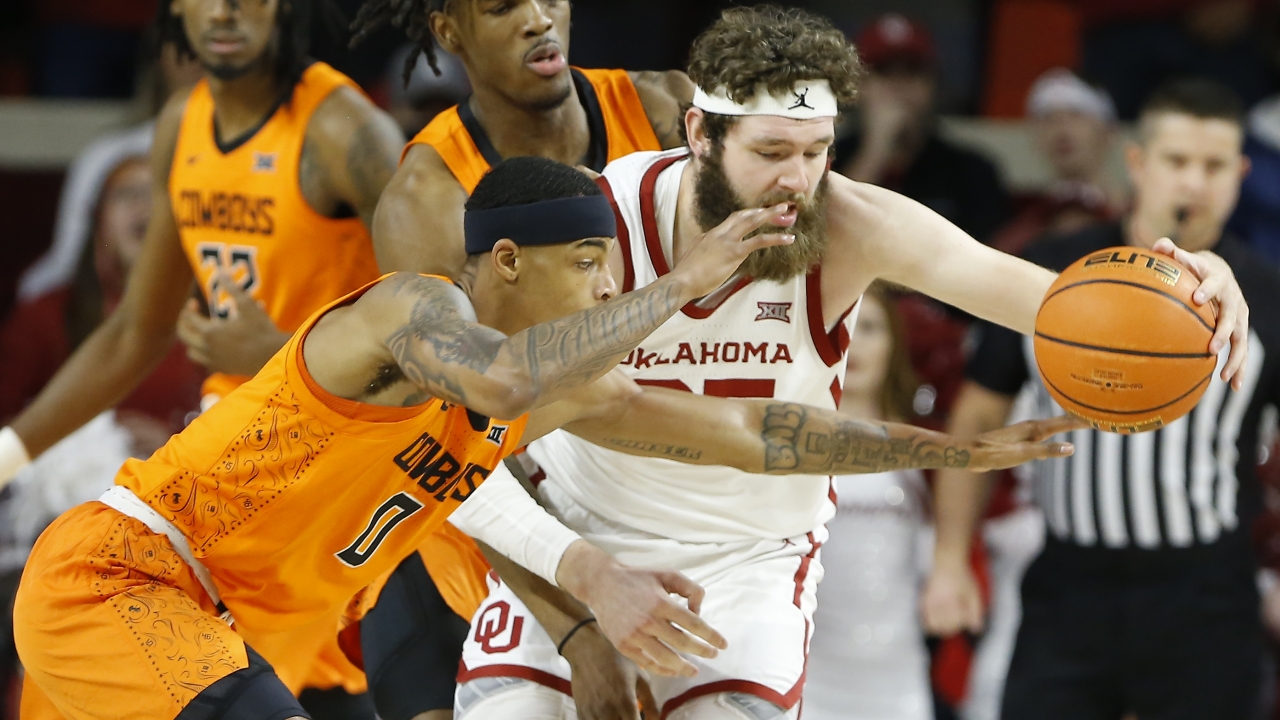 It was a tough day offensively at Norman as Oklahoma State surrenders the second of Bedlam’s two games, this one in overtime, 66-62.

Trailing two with less than 10 seconds left, 54-52, Isaac Likekele found a streak from Moussa Cisse for a wide-open two-handed alley-oop slam to level it at 54. The Sooners had a few looks to finish it in settlement, but was unable to bring them down.

Appropriately, the Cowboys finished the last 1:32 of regulation time on a 7-0 run.

Likekele hit the first bucket out of the overtime break to give the Pokes a two, 56-54 lead, giving him his sixth point of the game.

The rest of the extra time was just as intense as the last minutes of regulation time. Cisse recorded two incredibly athletic blocks in under 20 seconds, the second of which led to an acrobatic quick layup for Avery Anderson III at the other end, putting the Pokes up 62-61.

With less than a minute to play, Likekele drove the paint and missed a bucket. Cisse fired the rebound but was called for a backhand on Tanner Groves, inflicting his fifth foul of the game and sending him to the bench.

Trailing by two once again, 64-62, this time with 19 seconds left, Anderson III elected a rebound pass inbounds from Bryce Thompson, but it was stolen by Marvin Johnson, who drove the ground and finished with an easy quick layup, putting the Pokes back by four and sealing the game. Anderson III had a desperation three before the buzzer, but it was too strong.

Anderson III led the way in scoring for both teams finishing with 25 points, 7 of 14 shooting from the floor, 3 of 4 from 3-point range and 8 of 8 from the free throw line. He also had six rebounds.

It was a first half for the Pokes as the Sooners took a 10-2 lead in the first four minutes of the game, which was combined with the Pokes scoreless in the same span. The Cowboys then went on a four-minute 9-0 run to take an 11-10 lead.

The Cowboys shot just 25% in the first 20 minutes of action, going 6 of 24 from the field with 11 turnovers, scoring just six points on seven OU turnovers.

The Cowboys are back on the field this Wednesday, March 6, as they travel to Ames, IA for a 6 p.m. showdown with Iowa State. The game will be broadcast on ESPN+.