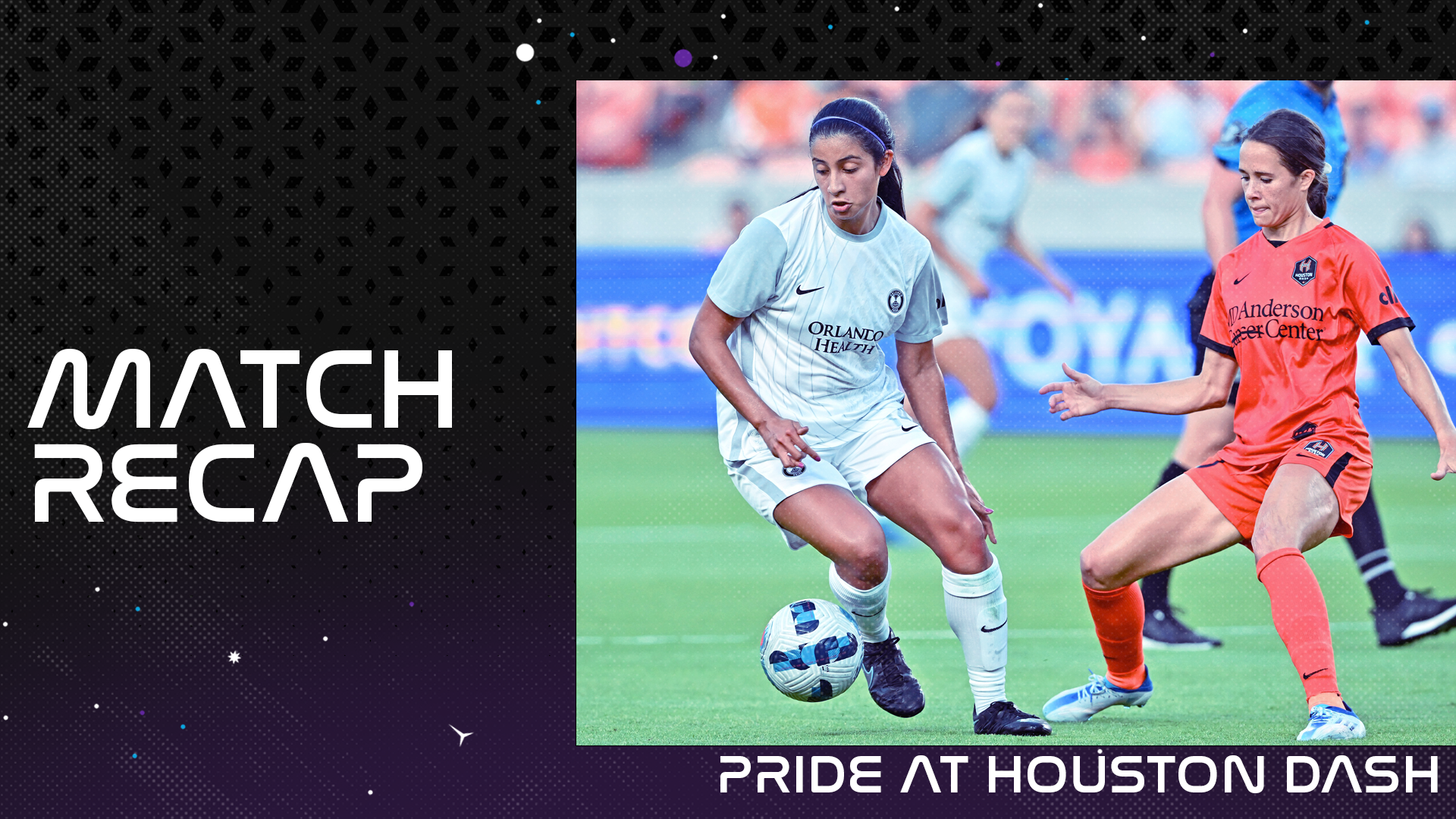 The game was the first of three on the road for Pride in June, who are set to return to the field on Sunday, June 12, taking on the Chicago Red Stars at SeatGeek Stadium in a 6 p.m. kickoff. HEY.

Amanda Cromwell, Orlando Pride Head Coach:
“It’s hard to talk about it because I thought we had good energy to start the game. It was a bit methodical both ways, I think both teams felt good. When they scored, I don’t think our answer was good enough. [We needed to] pick up energy, pick up level. Conceding multiple goals again in the first half puts you in a bind, so we’ve changed things up. I am still a coach who will go there. I would rather lose 5-0 trying to come back and score goals, than stay 3-0 and stop trying. We changed formation, obviously we were pushing. I think we hit the post, we had a few chances, but nothing fell on us tonight. Everything they touched in the box was golden and that’s just bad enough.

27′ Nichelle Prince – HOU 1, ORL 0
The home side took the lead with Nichelle Prince behind the Pride defense on the right flank, able to control her just long enough to send her shot into the back of the net.

32′ Rachel Daly (María Sánchez) – HOU 2, ORL 0
Houston quickly doubled their advantage thanks to a lob ball from María Sánchez finding Rachel Daly’s header between a pair of Pride defenders, who was able to hit it home running for the finish.

39′ Nichelle Prince (Marisa Viggiano) – HOU 3, ORL 0
The Dash added another with Marisa Viggiano finding Prince on the left flank. The Canada international managed to cut inside before sending a cross that deflected straight into the back of the net.

49′ Nichelle Prince – HOU 4, ORL 0
Prince scored the hat-trick shortly after the break, jumping a loose ball into the left-sided penalty area and sending his shot towards the back post.

87′ Michelle Alozie (Shea Groom) – HOU 5, ORL 0
Michelle Alozie added another, catching the Pride on the counterattack and able to get the ball across the line into the back of the net.

Next game: Pride remains on the road and next takes on the Chicago Red Stars on Sunday, June 12 at SeatGeek Stadium in a 6 p.m. ET kickoff.