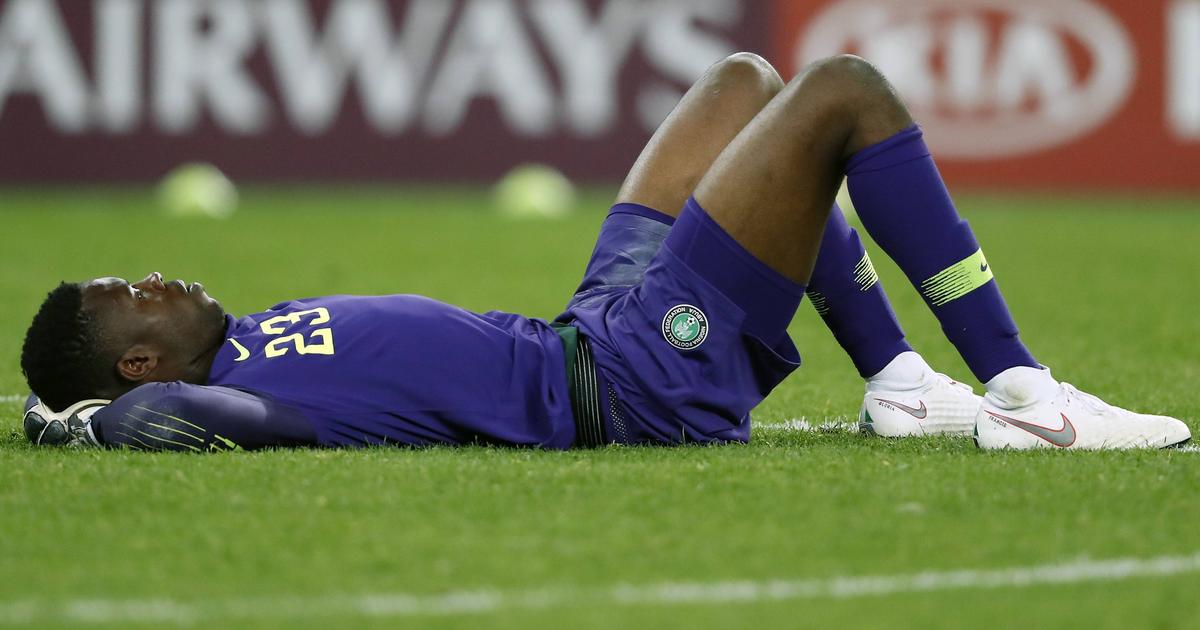 Despite a William Troost-Ekong penalty nullifying Thomas Partey’s opener, the Super Eagles were unable to find a second goal. The result means Nigeria miss out on a World Cup spot for the first time since 2006.

The night’s performances are rated here, on a scale of 1 to 10.

After a strong performance in the first leg, Uzoho’s performance swung wildly in the opposite direction. Terrible mistake for Ghana’s goal by allowing a fairly routine shot to wiggle under his body, and looked jittery afterwards.

The man from Turin was strong in his defense, optimistic in his runs and offered an imagination that was sorely lacking elsewhere. Significantly ran out of gas in the last 20 minutes, possibly a legacy of his lack of minutes at club level.

Sent Nigeria’s equalizer from the penalty spot with aplomb. In truth, Ghana didn’t mount a concerted attacking pressure, so there wasn’t much to do.

Like Troost-Ekong, minus the penalty. Also struggled with its cast and seemed heavy on several occasions.

Tough game for a first start for Bassey, who was the target of a spinning foul from Ghana and made a positioning error in the first half. Well combined in the spells of this opening period, when everything Nigeria did well came down the left.

Struggled to control the game on a difficult pitch and seemed a little flustered by the intensity with which Ghana went into tackles in midfield. Improved slightly, but only slightly, when he played a more forward role in the second half.

Competed well in the spells and took good positions in the inside right channel, although the quality of the ball was a bit lacking. Nigeria found things much more difficult when they came off after the break.

On a bumpy, uneven surface, Aribo looked long and inconsequential. He just couldn’t create separation with his marker at any time, and when he landed in space, his touch felt heavy.

The Watford man seemed distinctly indifferent to all of this on points, especially when the ball was unlikely to head his way. Showed some quality flashes in possession, but overall didn’t have a significant impact on the game.

He fought for everything and put his body on the line, as you would expect. Too bad his teammates did not bring the same fervor, or even offer the necessary support.

Quite a mixed bag for Lookman at night. Won the penalty for the equalizer and combined well with Bassey a few times in the first half. Faded as a factor in the second.

A shock of a cameo from Shehu, whose very first touch almost played in Ghana. Talk about starting as you want to continue.