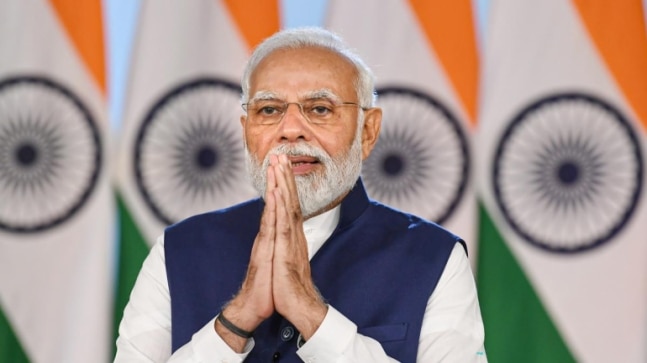 The second day of Visit of Prime Minister Narendra Modi to Gujarat, two important events are on the program. This includes the inauguration of the new Banas Dairy complex at Diyodar in Banaskantha district and the laying of the foundation stone for the WHO World Center for Traditional Medicine at Jamnagar.

On Tuesday morning, Prime Minister Narendra Modi will travel to Diyodar in Banaskantha where he will inaugurate a new dairy complex and potato processing factory. Banas Dairy is Asia’s largest milk producer.

The new dairy complex will have the capacity to produce 30 lakh liters of milk, 80 tons of butter, one lakh liters of ice cream, 20 tons of condensed milk and six tons of chocolate per day.

The potato processing plant will produce different processed potato products including french fries, potato chips, aloo tikki and patties, many of which will be exported to other countries. It will have the capacity to process 48 lakh tons of potatoes every day.

This is expected to boost the region’s rural economy and empower local farmers. Spread over 151 acres, the new resort was built at a cost of around Rs 600 crore.

Furthermore, Prime Minister Narendra Modi will also dedicate Banas community radio station to the nation. More than 5,000,000 farmers in 1,700 villages are expected to listen to the station’s programs for scientific information on agriculture and animal husbandry.

In addition, PM Modi will virtually inaugurate other projects and lay the foundation stone of four gobar gasworks.

It should be noted that Banaskantha is a Congress stronghold and Prime Minister Modi’s visit to the region may be considered in connection with the upcoming Gujarat Assembly elections scheduled for this year.

In the afternoon, Prime Minister Narendra Modi will travel to Jamnagar where he will lay the foundation stone of the World Center for Traditional Medicines of the World Health Organization.

WHO Director General Tedros Ghebreyesu and Mauritian Prime Minister Pravind Jugnauth will be present for the ceremony.

The center will focus on four main strategic areas – evidence and learning, data and analytics, sustainability and equity, and innovation and technology to optimize the contribution of traditional medicine to global health.

Thirty-five acres of land have been provided to the center free of charge by the government of Gujarat. Construction will be completed in 2024. However, operation of the center will begin in a makeshift location this very month.

The center aims to harness the potential of traditional medicine by integrating it with technological advances and evidence-based research. Some 40% of approved pharmaceuticals in use today are derived from natural substances, highlighting the vital importance of biodiversity conservation and sustainability. For example, the discovery of aspirin was inspired by traditional medicine formulations using willow bark, the birth control pill was developed from the roots of wild yam plants, and treatments for childhood cancer were based on rosy periwinkle.