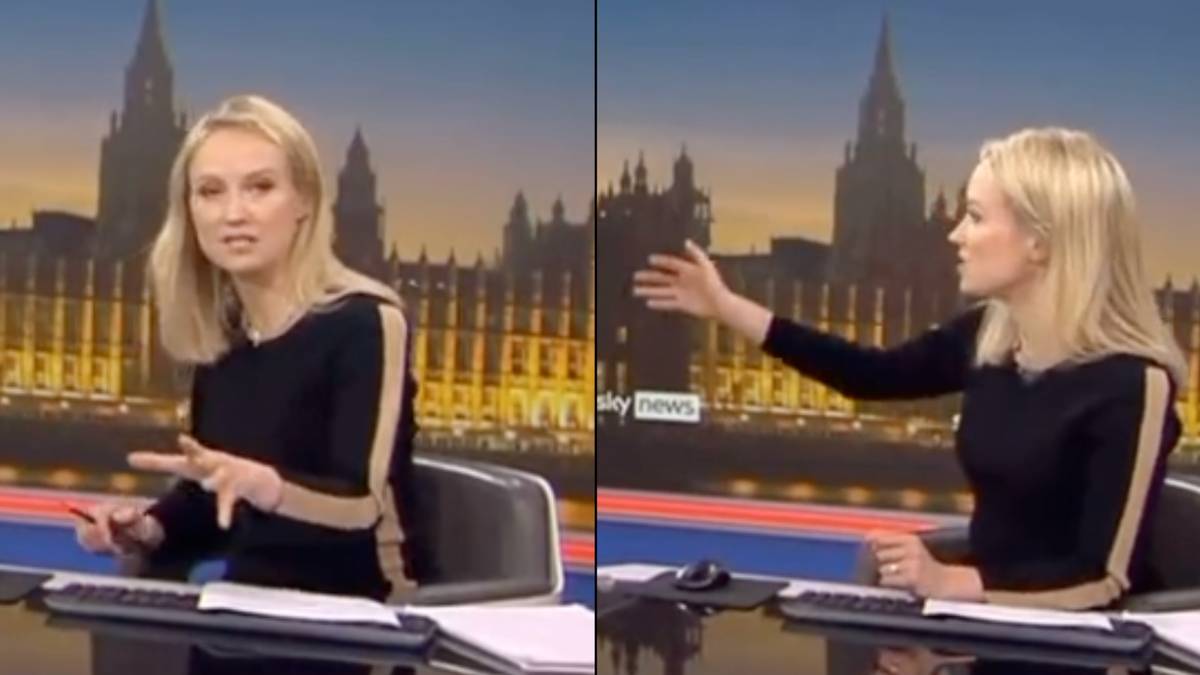 More remarkably, after making the mistake, reporter Sophy Ridge continued to report the news, without correcting or noticing her error.

Warning: As you might expect, the video contains foul language

Well, as the clip shows, the broadcaster started talking about Boris Johnson’s vote of no confidence.

Reading a quote from Hereford MP Jesse Norman, Ridge said: ‘Wilson presided over a culture of occasional law-breaking at 10 Downing Street, going on to say, ‘To describe himself as justified by the report is farcical’ .

“Two important people, Jeremy C***, because he’s a potential leadership candidate. Jesse Norman, because, you know, he’s worked with Boris Johnson for quite a long time.

“And yet, it was an eviscerating letter he published explaining why he will not vote for his leadership.”

As one might expect, many were thoroughly amused by the blunder, with one writing: “Presenters need to think, ‘I need to get it right. I must not make a mistake”, then they end up inadvertently saying it! Oh my God!”

Another replied: “Exactly that! It reminded me of the Bridget Jones track – just with a different result.”

While a fourth joked: “She meant it. No blinking, just passing by like nothing happened and people wouldn’t think a thing about it…..well, she hopes.”

As some have pointed out in the replies, this isn’t the first time someone has mispronounced Jeremy’s name.

She later apologized, “I’ve never said that in my life. It’s normally men who say that, so I really, really want to apologize.”

Hunt addressed regular slip-ups in the past, once saying, “Anyone who knows what my last name rhymes with will know that I was called a lot worse on the Today show…”