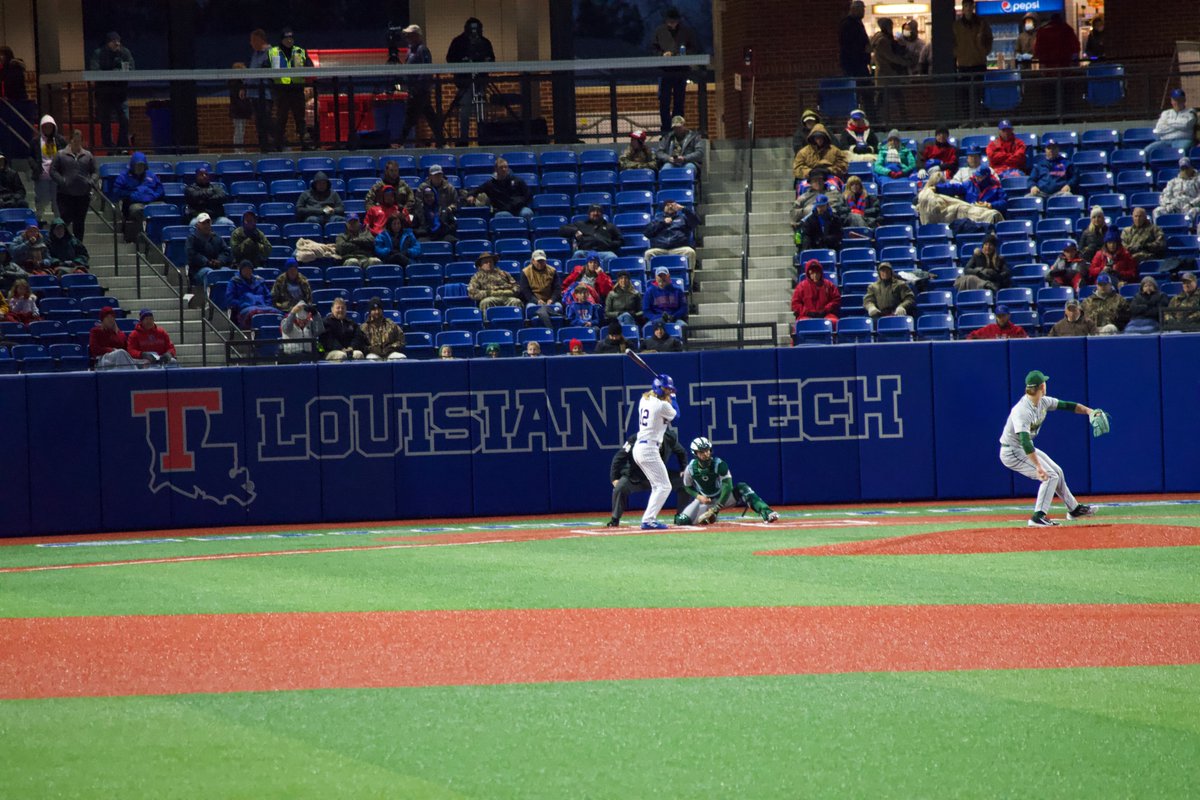 Tech Suffles and Drops Both in Sunday Doubleheader with Tulane | KTVE

RUSTON, La. (KTVE/KARD) — Following rain Saturday, Louisiana Tech and Tulane were scheduled to wrap up their non-conference series Sunday starting at noon. The Green Wave was aware of the early start. The Bulldogs were not. Tulane won both games of Sunday’s doubleheader, 4-1 in Game 1 and 13-5 in Game 2.

The first game was dominated by the two starting pitchers. Bulldogs starter Ryan Jennings threw a solid 6 2/3 inning allowing five hits and striking out five. A two-run home run to Tulane shortstop Trevor Minder ended up being the deciding factor.

“I thought Ryan was as good as he’s been since he’s been here. I thought his speed was really good. 93 to 95 and his breaking ball was good. He made a mistake and the guy hit it while he was breaking the ball and he hit it out of the park,” Bulldogs head coach Lane Burroughs said after two losses Sunday.

“It was obvious that we would have two withdrawals and they would trigger a trade. It’s like I told these young guys that this is college baseball, how quickly it can get out of control. You get a walk, one hit per pitch, then someone splits a spread and they go for the runs. Burroughs said referring to Tulane’s 12 points with two outs on Sunday.

It was also an unusually sloppy day for the Bulldogs defensively. Game 2 saw Tech commit three errors; a ball under a glove, a kicked ground ball and a dropped ball.

Burroughs and Adarius Myers spoke at length on Friday that the team didn’t like their approach to home plate, but were able to get the big hit when needed. The Bulldogs’ approach on Sunday was no better.

It may have something to do with Green Wave starting pitcher Dylan Carmouche dominating. The 6-foot-6 left-handed pitcher had Tech guessing at the plate all afternoon, stoking four and inducing nine takedowns, six of which were weak ground balls.

“He handled bad swings and we went to the third baseman side about 25 times, but you have to credit him. He made us lose our balance. Burroughs said

All was not lost for Burroughs and the Bulldogs in Game 2. Despite the team’s struggle on the mound, fifth-year senior Jackson Lancaster retired five of the six batters he faced Sunday in his second outing of the year. The transfer from Missouri appears to be a big chunk out of the Tech bullpen this season.

“He pitched last weekend so we were only going to pitch one inning, but the ball was coming out of his hand so well. So we wanted to pitch a little more. It will probably start mid-week. I know he’s been a bullpen guy for us, but he can get one of those midweek starts, we’ll see how it goes.

Louisiana Tech is back in action for one of those midweek games Tuesday as it travels to Thibodaux for its first road game of the season at 4-4 Nicholls State, first pitch at 6:30 p.m.