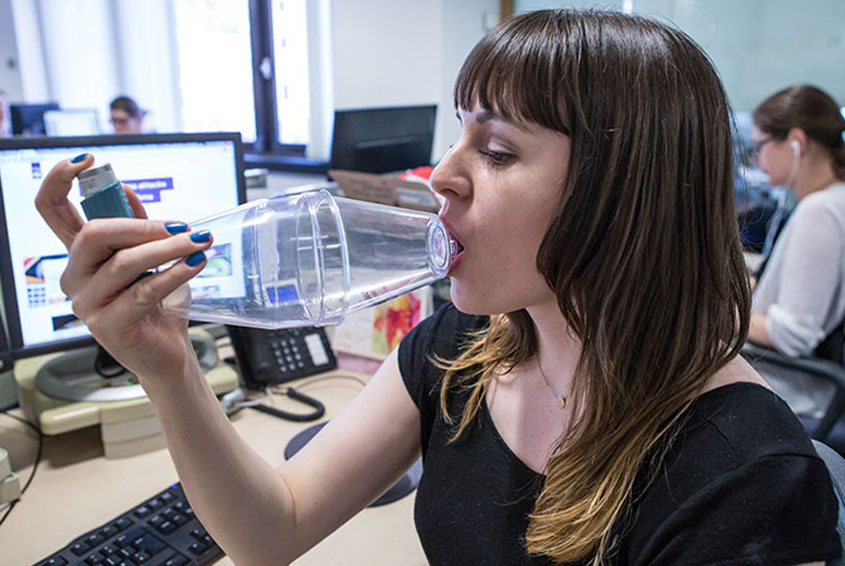 Over five million people are treated for asthma in the UK and the vast majority are prescribed aerosol inhalers. (Asthma UK)

London – The aerosol asthma inhalers currently in use are cheap but, due to the gases they contain, they are one of the National Health Service’s (NHS) major contributions to climate change. Other countries think the alternatives are superior – and some patients in the UK who have switched say they have better control of their asthma.

So could millions of people be prescribed different inhalers?

“It’s like there’s a vacuum in your lungs trying to squeeze your air out.” That’s what an asthma attack feels like for nine-year-old Sebastian.

Some of his attacks required hospital treatment. A recent cross-country run left him slumped on the ground, struggling to breathe through inflamed lungs and constricted airways. “I fell and felt like the air couldn’t get in, felt like there was nothing left in me,” he says.

Asthma runs in his family. Her mother, Caroline Sousek, says the disease has “hugely dominated” her life since she was three. It would start from the moment she woke up wheezing: “I wouldn’t go anywhere without an inhaler in my hand, it really affected what I was able to do and when I was able to do it .”

The mother and son say they have transformed their asthma control by replacing their inhalers with ones that are also much better for the planet.

“I can’t believe the impact this has had. . . it was literally life changing,” says Caroline – speaking to me for BBC Radio 4’s Inside Health.

She and Sebastian always have ‘preventive’ meds to reduce the risk of an attack and ‘rescue’ meds in case it happens. But the crucial change for them is how these drugs get into their lungs.

“Aerosols contain a powerful greenhouse gas which is used to propel the medicine out of the inhaler and into the airways,” says Dr Alex Wilkinson, an NHS consultant at Stevenage who specializes in lung disease.

The various gases – called hydrofluorocarbons – used in these inhalers are between 1,000 and 3,000 times more potent at warming the planet than carbon dioxide. (BBC)