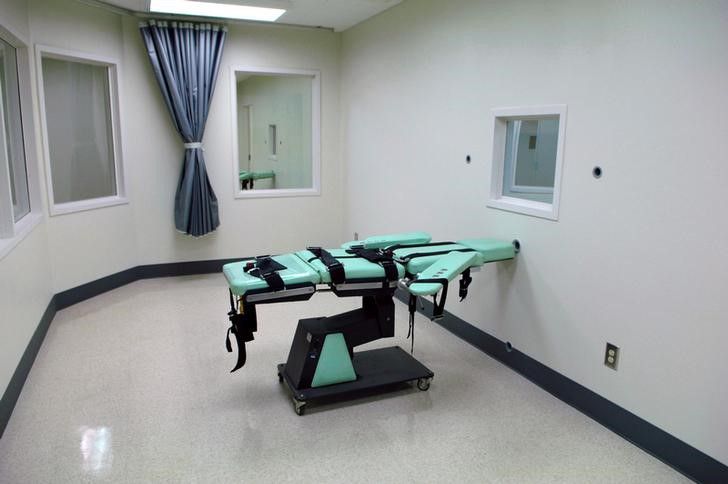 Arizona was preparing for its first execution since 2014 on Wednesday, with an inmate convicted of murdering a student who was to be put to death eight years after the state carried out his last lethal injection, described by lawyers as botched .

Dixon’s execution would mark the first time Arizona has carried out a death sentence since the execution of Joseph Wood in 2014. It took nearly two hours before the two-drug cocktail injection to kill Wood took effect, and witnesses said he was sniffling and gasping before he died. Prison authorities said Wood was in a coma and never in pain.

Subsequently, Arizona halted the executions. In 2017, a federal judge agreed to sweeping reforms to state death penalty protocols, including an agreement to stop using certain drugs. The state said it would limit the power of the director of the Department of Corrections to change medications and allow the prisoner time to challenge any medication changes.

Several state governments and the US federal government have struggled in recent years to secure drugs used in lethal injection drugs, while legal and ethical questions swirl around capital punishment.

Dixon was sentenced to death in 2008, some 30 years after Bowdoin’s death. The case was not solved until 2001, when investigators compared Dixon’s DNA with evidence found at the scene. At the time, Dixon was serving life in prison for a sexual assault in 1986.

Pinal County Superior Court Judge Robert Olson ruled last week that Dixon was mentally fit for execution. Olson said Dixon suffered from schizophrenia but displayed “sophisticated, coherent and organized thinking” despite claiming he believed he was being executed for a crime of sexual assault that occurred in 1985. It was a incident different from the 1986 sexual assault.

The United States Supreme Court has ruled that executing people with mental disabilities is unconstitutional.